While it may not be at the top of your priority list, refrigerant management is an important topic. It can potentially mean the difference of tens of thousands of dollars in annual operating expenses for your commercial facility, especially if your HVAC equipment is eight or more years old. A system in the 8- to 12-year-old range likely uses refrigerants that are being phased out, but it’s not yet old enough to consider replacing it. 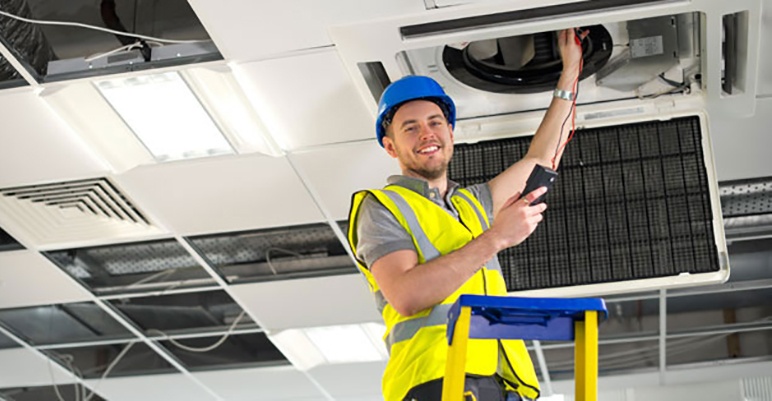 Synthetic refrigerants (known as Hydrofluorocarbons (HFCs) or hydrochlorofluorocarbons (HCFCs) were developed decades ago for both residential and commercial air conditioning, refrigeration, and freezer applications. They instantly became popular because they were less expensive than the options commonly used at the time — sulfur dioxide, methyl chloride, and ammonia — and worked just as well. They were also much safer for human beings. Unfortunately, after decades of extensive use, it was discovered that they’re very bad for the environment. We now know that HFCs and HCFCs contribute to holes in the ozone layer and the buildup of greenhouse gases in the atmosphere.

Because of this fact, many synthetic refrigerants began a slow phase out across the globe about 20 years ago, and the industry began moving over to alternatives that are safer for the environment.

Refrigerant phase-outs — What they mean for you

The Environmental Protection Agency (EPA) — and its equivalent in other countries — realized that demanding large-scale replacement or retrofitting of HVAC units and appliances across commercial and residential sectors quickly would have put a serious financial and logistical hardship on everyone.

Generally speaking, that’s been a good decision for commercial building owners and managers because it means you’ve had plenty of time to plan and budget to comply with refrigerant management mandates. On the other hand, over 20 years without enforcing these laws has lulled some into a false sense of security.

The long-standing phase-out of R-22 (aka Freon) is an example of the challenges building owners are facing when it comes to refrigerant management.

For over 40 years, Freon was the most popular synthetic refrigerant in use. While the EPA originally announced its intention to eliminate all production and use of R-22 in 1990, no official phase-out plans were provided until 2010. In the meantime, millions of compressors and chillers had been designed and manufactured to run R-22 refrigerant, and Freon had been heavily manufactured in the US and elsewhere. Then, starting in 2013, the EPA instituted a significant reduction in the chemical’s production.

The phase-out of R-22 has been aggressive since then, aiming for a January 1, 2020 deadline, at which time, no more new R-22 will be manufactured or imported into the United States. Naturally, supplies have dwindled dramatically, and the price of Freon has skyrocketed from $10-$12 per pound just a few years ago, to as much as $50 per pound today. That price will only continue to rise as we get closer to 2020.

Looking back at the dates, you can easily see where the challenge lies: if you purchased a brand new commercial HVAC system in 2010 that runs on R-22, your operating costs have grown exponentially through no fault of your own, and you have an HVAC system that’s just 6 years old, costing 5 times as much to charge with Freon as it did when you bought it!

The R-22 phase-out may be the biggest and most immediate issue most commercial facility managers are facing when it comes to refrigerant management, but the following tips should help resolve any similar issues going forward as well.

If a building you own or manage is facing the R-22 phase-out directly, or you want to learn more about effective refrigerant management, the energy engineers and qualified technicians at Tolin Mechanical are happy to help. Contact us with any questions or concerns.

Commercial Heating and Air Deficiencies that Could be Wasting Money

Like any other aspect of business, your commercial building should ultimately be taking in more...

To balance controlling costs and getting the maximum value from your HVAC system, a strategic ...

From the outside looking in, it seems there are a thousand different details — large and small —...